There are three very bad ballot proposals for November 8. We must ALL vote NO on these. They are radical and dangerous for Michigan. Below are the actual ballot proposals that will be on the ballots directly from the SOS web page. Below each prop is an explanation (not from SOS web page) but complied from multiple sources on what the implications would or could be if these passed – in other words what do these really mean for us?

Prop 3 – “Reproductive Freedom for All”

A proposal to amend the state constitution to establish new individual right to reproductive freedom, including right to make all decisions about pregnancy and abortion; allow state to regulate abortion in some cases; and forbid prosecution of individuals exercising established right

What will happen if passed? Prop 3 if passed will make Michigan the most radical abortion state in the nation. It will put us on the map with China and North Korea in terms of radical abortion policy. Millions more babies’ lives will be lost. Millions more women will have their lives negatively altered by the effects of abortion if the “Reproductive Freedom for All” Proposal passes. It’s a very misleading title, as usual. You must read and learn what is in this. It isn’t just about abortion. It REMOVES parental RIGHTS, too. See below for all the laws that it would eliminate if passed.

Click below for a link to see what laws would be REMOVED from the books if Prop 3 passes.

The above link will offer handouts you can print and pass out. Take some, give to friends, family, neighbors. Spread the word. It’s very radical.

A proposal to amend the state constitution to add provisions regarding elections.

What will happen if passed? Look at the last bullet point. Again, tricky wording. This would eliminate the required VOTER ID, allow for ballot drop boxes, allow for 9 days of early voting that local offices would need to pay staff to monitor and work, would allow money to flow into county clerk’s offices opening the door for questionable activities surrounding elections. It allows money to come from businesses like Zuckerbucks. It would make it very difficult for an average person to run for office, because they wouldn’t have the big financial backing. It would open the door to even LESS SECURE elections than we already have! We must vote NO on this. The wording is tricky and meant to confuse you. Don’t be FOOLED! They are trying to make cheating even easier for them. If this passes, we may never have another fair election in Michigan and highly likely we’ll never get another Republican governor again!

What will happen if passed? If Prop 1 passes, it will allow an elected member of the State House of Representatives the ability to stay if continually elected (easy if prop 2 passes) to remain in office there for 12 years – double what it was before. So while the OVERALL length is shortened by 2 years if this passes, it takes away the (3) two year terms and replaces it with (6) two year terms totaling 12 years in one chamber! Imagine if the person elected was someone awful. Do you think someone with a guaranteed job for 12 years is really going to listen to the people? Do you think they’d be more likely to slack off? Do you think this would be a lobbyist’s dream come true – less coercive dinners, less money spent pushing their causes. Imagine if someone like Biden ran for this and we were stuck with him for 12 years? Imagine if someone like Gretchen Whitmer was in this position and stayed for 12 years.

What opponents say: Nicolas Tomboulides, executive director of advocacy group U.S. Term Limits, called the measure “one of the worst scams I’ve seen” on social media, arguing the practical effect would be to prolong the terms of House and Senate members.

What supporters say: Supporters say the measure would improve transparency among elected officials in statewide positions. They argue it would give legislators more time in one position to focus on serving their constituents but reduce the overall cap. 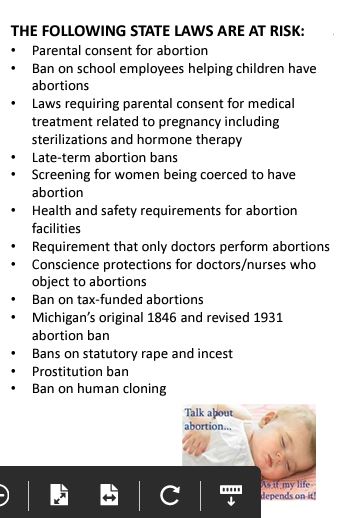